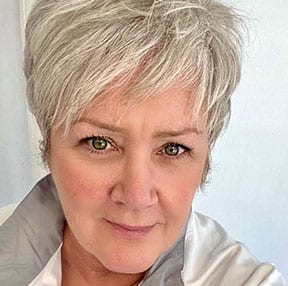 Dottie Logan began her career in the tennis industry as a PTR Certified 10 and Under Specialist and USTA Clinician with Sports, for Life. In addition to her role as Program and Tournament Director, she partnered with the City of New Brunswick Civic League, Recreation Department and Board of Education to provide tennis programming to underserved youth. She later combined her passion for tennis with her Retail Management experience when she joined the Tao Tennis Shop team. Here, she gained extensive product knowledge in racquet and string technology by working closely with the owner and Master Racquet Technician.  Dottie was one of the original team members to set up Pop-Up Shops at USTA Sanctioned District and Sectional sites as well as high profile tournaments like the annual Cryan Tournament in Mercer County.

Dottie managed the East Brunswick Racquet Club, home of the Rutgers Womens’s Tennis Team and was the project lead in bringing them from a manual paper system to a fully integrated automated online scheduling and POS system. She then worked at Trenton Country Club where she was the the Tennis Proshop Manager. Dottie worked closely with the Director of Racquets to develop and market programs and social events for tennis and paddle. Prior to joining the staff here at Orange Lawn, Dottie was the Adult League Coordinator for USTA- Eastern Section.

Dottie is the proud mom of 3 grown children, Logan, Alex and Ross and the grandmother of 4.